The streets of the 798 Art District are used as a large exhibition centre and are full of enormous and curious sculptures that give the area a very peculiar atmosphere.

The origins of the district

Originally, the district was filled with electronics factories built in the 1950s. The first building to be transformed was the factory at number 798, which would later give the complex its name.

In 2002 the industrial appeal of the area began to be used for artistic purposes and soon it was filled with galleries, studios, design companies, bars and restaurants.

The 798 Art District is a place where contemporary art, architecture and culture blend with buildings of historical interest to create a valuable concept, both for experts and for those who just want to take a look.

Although it is somewhat far from the centre, District 798 is a curious area worth visiting if you have enough time. 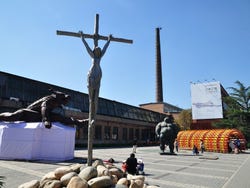 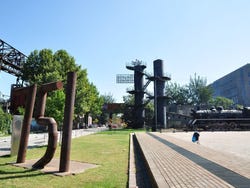 Jiǔxiānqiáo Lù. Northeast of the city.

Each shops has their own timetable, some close on Mondays.

Silk Market Where to eat 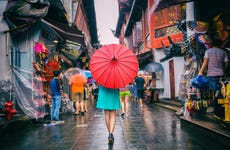